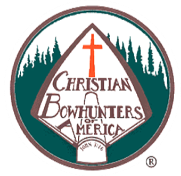 NIV Outdoorsman Bible
Zondervan's new NIV Outdoorsman Bible, clad in Lost Camo by Mathews, is the latest in ministry resources to help you Hunt On Purpose. Complete with 26 full-color devotions written by author and MISSION founder, Jason Cruise, this Bible can also double as a study help for small groups for outdoorsmen.

NIV Woodland Camo Bible
Perfect gift for anyone! Includes a concise Bible dictionary and concordance. Hunters will love it! This NIV version is also carried by U.S. troops worldwide. Compact-sized to pack along with other necessary supplies.

Should We Hunt?
While it is true that in today's society people do not have to hunt in order to survive, is there a biblical mandate which prohibits a person from taking animals for food?

Genesis 9:2-4 it is very explicit about God's permission to kill and use animals for food. In that context, God had just punished His people with a great flood because of their sin. After the flood was over, Noah killed animals and made burnt offerings unto God, which was the Old Testament way of saying, "Lord, I've sinned, have mercy on me." God liked what he saw concerning Noah's repentant heart and humbled spirit and vowed never again to curse the earth by destroying all living things with water. Then God set the seasons for as long as the earth should last and placed His bow (a rainbow) in the clouds as a reminder of His promise (Genesis 8:20-22, 9:8-17).

Then a most interesting action took place. God reversed the "order of fear" between animals and humans. Genesis 6:11-13 gives reason to believe that before the great flood and because of sin, animals were in a state of fearless destruction and man had reason to fear them. Whatever the sinful and fearful conditions, God changed them. He said in Genesis 9:2 "into your hand are they delivered." God not only made it more difficult for man to come into contact with animals, but also gave them direct permission to hunt animals and kill them for food. He said, "Every moving thing that liveth shall be meat for you; even as the green plants have I given you all things" (Genesis 9:3, Deuteronomy 12:15). People who speak out against hunting do not seem aware of this unique action of God's permissive will.

However, keep in mind that God's original plan for people had been tossed aside because of their disobedience. A single act by Adam and Eve changed the relationship between God and us forever (Genesis 3:22-24). Their sin caused a life-giving God to institute a second plan which mandated life-taking as the means of reinstatement to favor with Himself. The Word of God shows us that God did not overlook sin, but He chose to erase it with blood instead (Genesis 4:3-5). In the Old Testament this was continually done through sacrifices of slain animals, symbolic of the coming sacrifice of Jesus Christ. The New Testament reveals that Jesus Christ, the Son of God, was the perfect, once-for-all sacrifice for all of our sin for all time (1 Corinthians 15:20-22).

One of the elements of this whole debate, which has come in a very twisted form within the ranks of oriental religious belief, is the idea that animals have gained equality with humans. Granted, animals grace the beauty of the natural landscape as part of a perfectly created order. However, for a person to venerate animal existence equal to that of man, or to place animal needs above human needs is pushing the limit of God's design. God created all things, both living and non-living (Genesis 1:1-27). But creating man and women was absolutely His best and most sacred work. The making of Adam and Eve was God's fulfilling His desire to reproduce His own likeness. In no other creative wonder was that desire expressed. In Genesis 1:26, God is saying, "Let us make man (plural) in our image, after our likeness and give him stewardship of all that we have made in the earth" (paraphrased). Two things are seen here. God made us with a special likeness and for a special place. There is no other creation of God which was made to bear His likeness and no one else was given that place of stewardship. This in itself is enough to refute any and all arguments that animals are equal with humans.

The specialness of our creation is further emphasized by the fact of redemption. Salvation was provided for people, not animals (I Corinthians 15:20-26). Animals do not sin, they are the victims of our sin (Romans 8:22). They were not given any "thou shalt nots". They are not moral beings having been given a will to choose between good and evil (Genesis 3:1-7). The moral and eternal nature of the human spirit makes a decisive difference between us and animals. The difference is so great that an eternal God, through His eternal Son, Jesus Christ, made provision to give eternal life to all people, who have eternal spirits (John 3:16). Animals are not rational, moral, eternal bound beings. People who think that to be true are fully given over to the heresy of oriental religions and have sealed their fate to hell by the denial of sinful man, a holy, justice seeking God, a condescending Savior, a resurrected Christ and life with Jesus forever.

For the sake of establishing these Biblical truths, let us summarize:

Does God have any prohibitions regarding the killing of animals?
Yes. The consuming of blood (Deuteronomy 12:23; Leviticus 17:13).

Do we have a responsibility to animals?
Yes. We are to be stewards to animals and the fate of their collective numbers is in our hands (Genesis 1:26 & 28).